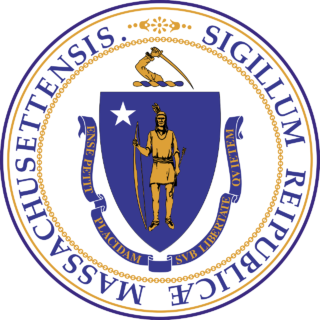 Late last spring we reported on the second published decision out of the District of Massachusetts citing the Massachusetts Noncompetition Agreement Act (“MNCA”), NuVasive, Inc. v. Day. On April 8, 2020, the First Circuit issued a decision on the defendant’s appeal, upholding the lower court’s ruling. While the First Circuit’s decision does not directly analyze an agreement that is subject to the MNCA, it is still instructive for out-of-state employers with personnel who may be subject to that law.

In affirming the lower court’s decision, the First Circuit held that defendant Timothy Day, a Massachusetts employee, failed to demonstrate a legal basis for the District Court to disregard the Delaware choice-of-law provision in his employment agreement, which pre-dated the MNCA. At least prior to the MNCA’s effective date, Massachusetts, like most other states, honors contractual choice-of-law provisions, unless the chosen law has no substantial relationship to the parties or the transaction, or application of the chosen law would be contrary to a fundamental policy of a state which has a materially greater interest. The First Circuit, like the District Court, determined that neither exception applied to Day’s case.

First, the Court was not persuaded by Day’s argument that Delaware lacked a substantial relationship with the parties, noting that this exception “plainly” did not apply in this case because NuVasive is incorporated in Delaware. While brief, this holding is important because it recognizes an employer’s ability to include and enforce a choice-of-law provision requiring application of the law of its state of incorporation.

The Court also rejected Day’s argument that the application of Delaware law would be contrary to Massachusetts’ fundamental public policy (even assuming Day had shown that Massachusetts had a materially greater interest than Delaware in the outcome of the dispute). Day had pointed to the MNCA in support of his argument that application of the contractual choice-of-law provision would violate Massachusetts’ fundamental public policy. The Court cited to a case we recently reported on, Automobile Holdings, LLC v. McGovern, in support of its holding that the MNCA is inapplicable because it does not apply to non-compete agreements executed before October 1, 2018, or non-solicitation agreements (regardless of when executed), and thus did not demonstrate a fundamental public policy relevant to Day’s case.

For non-competes entered into on or after October 1, 2018, however, the MNCA prohibits the use of choice-of-law provisions that would “have the effect of avoiding the requirements” of the new law. As we noted in our previous blog post on this case, the District Court had noted in dicta that even had the MNCA been applicable, the agreement’s use of Delaware as the governing law would not run afoul of the MNCA, signaling that employers can continue to rely on non-Massachusetts law in their non-competes, provided those agreements otherwise comply with the requirements of the MNCA (such as the statutory notice period, a written provision explicitly informing the employee of his or her right to counsel, and no more than one-year duration, among other things). The First Circuit was notably silent on this issue in weighing Day’s appeal, potentially leaving the door open for a creative litigant to argue that the District Court’s decision was wrong, and that a non-Massachusetts choice of law provision is de facto a violation of the MNCA, even if the terms of the non-compete otherwise comply with the law.

Day also argued that the agreement was unenforceable as a result of the “material change” doctrine, a unique state quirk that requires execution of new restrictive covenants upon a material change in an employment relationship. Specifically, Day argued that when he left NuVasive to join one of its distributors (yet remained affiliated with NuVasive), this constituted a material change sufficient to require a new restrictive covenants agreement. The First Circuit quickly rejected Day’s argument, holding that “whatever the precise scope of the ‘material change’ doctrine may be under Massachusetts law, it is not capacious enough to encompass” an employee’s voluntary termination of his employment relationship. Notably, the First Circuit expressly did not reach the issue of whether the MNCA or material change doctrine are fundamental public policies.

Stay tuned for more updates out of the Bay State as courts continue to interpret the MNCA.

Enforced an employee contract requiring CPA to pay for the book of business and goodwill the CPA took with him when he resigned.